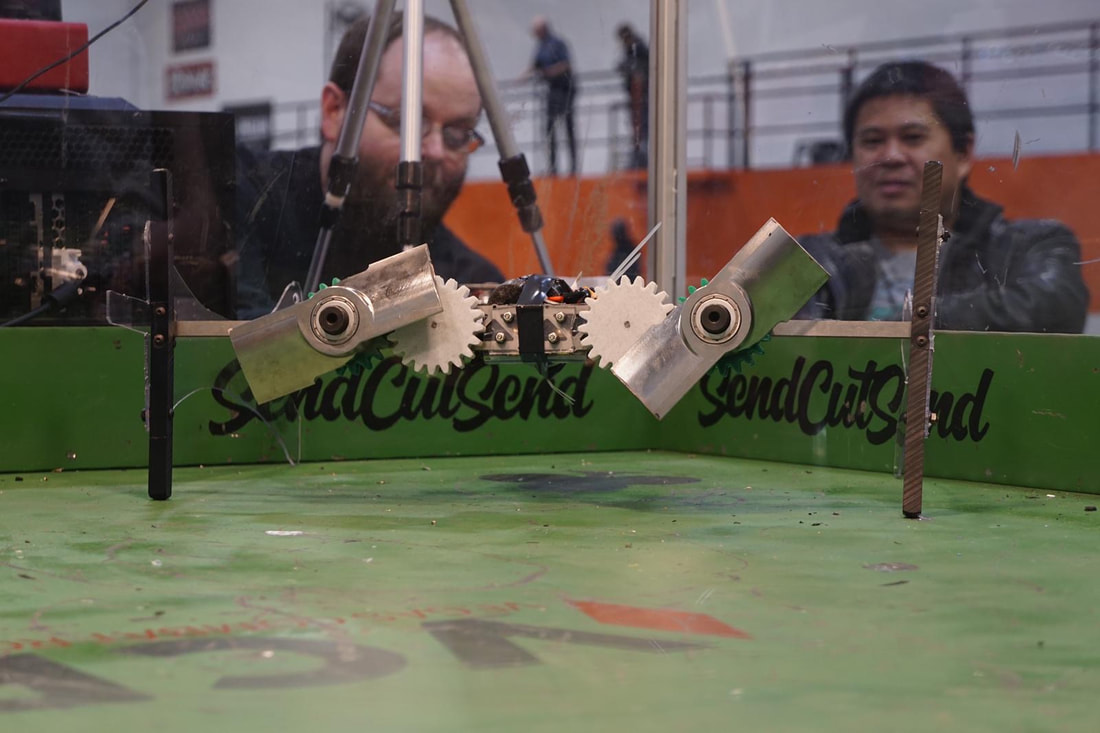 Osprey is a 6 pound "Beetleweight" robot that is able to weight 2x as much as its opponents due to its unique design.  Using a set of skids in the front and tails along the sides Osprey is able to modulate the speed of its spinning propellers to move around the arena.  This allows our weapon system to weigh almost as much as the robots we are fighting!  Osprey had its inaugural event in January at the Desert Dust Up hosted by Vegas Combat Robotics.

5.1.2. Non-wheeled: non-wheeled robots have ​no​ rolling elements in contact withthe floor and ​no​ continuous rolling or cam operated motion in contact with the floor, either directly or via a linkage. Motion is “continuous” if continuous operation of the drive motor(s) produces continuous motion of the robot. Linear-actuated legs and novel non-wheeled drive systems may qualify for this bonus. If you are intending to enter a non-wheeled robot in any event contact the event as soon as possible to determine what if any weight bonus you will qualify for." 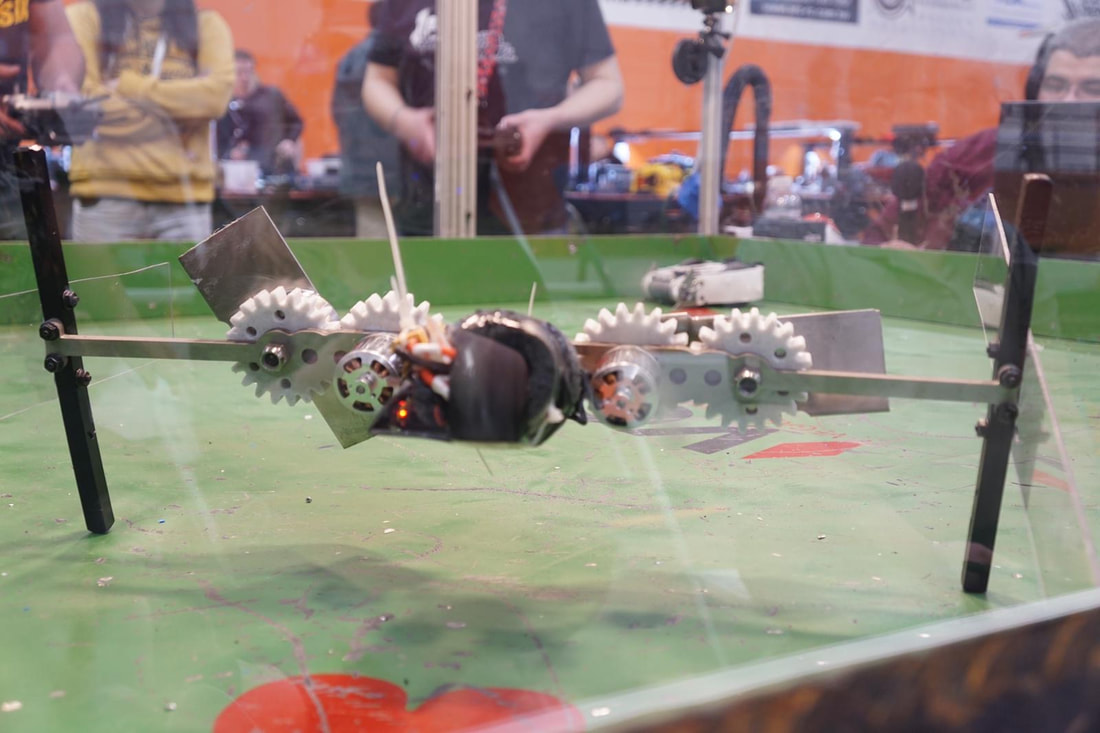 Osprey about to fight it its first match against "Icky Mouse"